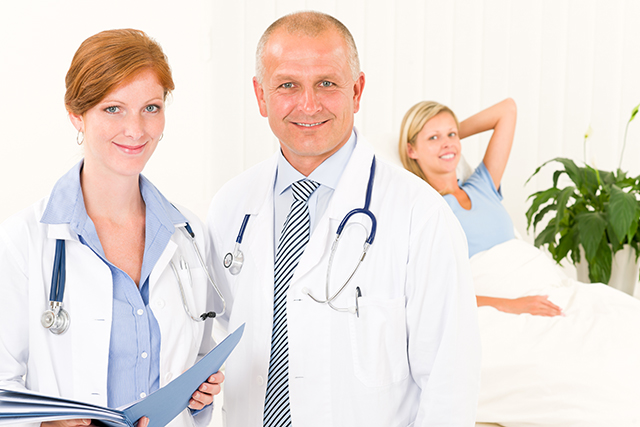 It would be fair to say that men tend to be a somewhat closed species, particularly in relation to certain medical ailments.

One of these comes in the form of erectile dysfunction. This is one of those problems that is often hidden from everyone at any cost.

One man who suffered from this problem was Zachariah Reitano. The big difference on this occasion was that Reitano was an entrepreneur, who wanted to put a stop to the problem for good. Up until recently, it was just his doctor who was aware of the problem. Now, everyone in the world does – thanks to his new company.

His business, operating under the name Roman, aims to provide men suffering from erectile dysfunction with all the tools needed to cure the problem, in a completely discreet manner. It will put them in touch with doctors, online, before providing them with prescriptions and finally medication posted straight to their home. The fact it has raised over $3.1m in venture capital suggests that it’s a concept which is working especially well.

However, this isn’t the only major investment in this industry. If we turn to another so-called embarrassing problem, this time hair loss, a company called Hims has just raised $7m by offering a similar service.

As well as the obvious financial benefits, Reitano has said how he hopes that his company is going to combat a lot of other men’s health issues. For example, a lot of men don’t seek treatment for erectile dysfunction, for the simple fact that it has “that” stigma attached to it. This is a somewhat scary thought; especially when the condition is linked to the likes of diabetes, heart diseases and high cholesterol – all of which can have terrible effects later down the line.

It’s thought that 30 million men in America suffer from erectile dysfunction. In other words, this isn’t a small issue; it’s one that is hampering the country. Despite this huge number, researchers believe that just a quarter of these patients seek treatment.

There are varying definitions of “seeking treatment”, though. A lot of men, who fall outside of the 25% bracket, might seek treatment via “unofficial” channels. These include counterfeit medication from online suppliers, which might contain toxic chemicals. Suffice to say, this prompts further challenges and potentially, further health implications.

So, how does Roman work exactly? The process starts when a user provides their medical history, including their sexual health. They are also asked to provide a photo, alongside official identification, which will prove their identity. From this point on, one of the many licensed physicians which are associated with the service will review this information and go as far as talking to the patient if required. By the end of the consultation, medication is prescribed, usually in the form of Viagra or Cialis. The end cost to the customer is the medication, plus a $15 fee for the use of the service.

At the moment, this operates across four states; Florida, Pennsylvania, New York and Canada.

As the financial figures indicated earlier, the service has caused a stir – and it’s certainly a positive one. It’s proved that telehealth is a growing industry, but one that also needs to be monitored closely. While companies like Roman are completely legit, if one delves a little deeper into the market there can be unscrupulous services which don’t take as much care in the service they provide. They might administer drugs which carry higher risks a little more freely, and obviously this poses larger health concerns. It means that consumers have to be careful to choose reputable services of this ilk.

For the time being, consumers and investors seem to be completely buying into the concept though. In the case of Roman, it is backed by the likes of Alexis Ohanian (the Reddit cofounder) and even Forbes. Hims meanwhile has Forerunner Ventures and Thrive Capital to its name.

In the case of Hims, there’s no doubt that they are taking on a slightly different market. After all, hair loss is something that can’t be controlled as such, even though products can slow down the process. It means that Hims relies on the sale of hair loss supplements, pills and shampoos through the service – which also makes use of a medical team which are accessible both pre and post-sale.

As other startups are highlighting, this isn’t a market which is showing any signs of slowing down either. One only has to turn to myLABBox to see this in-detail; with this company selling STD tests which can be performed at home. Elsewhere, Addicaid have caused a storm for all of the right reasons as their app helps drug addicts track their recovery.

In short, those once taboo topics are finally becoming more talked-about – but in a way which still means that people suffering from these problems can be completely discreet.