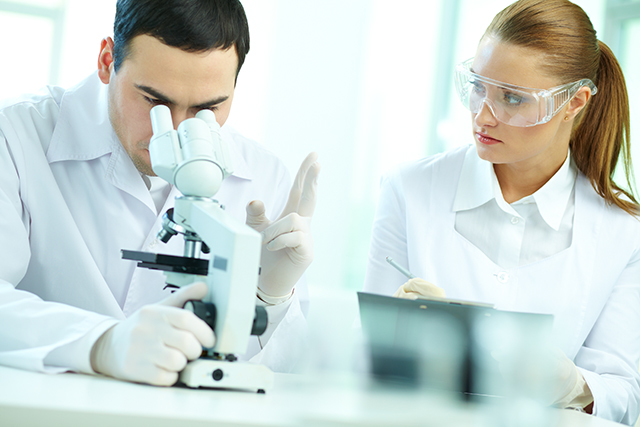 It is operated by global companies, but something which makes the job of all of these organizations difficult is the fact that so many countries have varied laws in relation to spending control in the pharmaceutical industry. Each has its own policy and for the purposes of today, we will hone in on Sweden, Germany, France and the United Kingdom.

There’s no doubt that all of the policies have restrained the prices of prescription drugs. At the same time, they haven’t stopped the growth in which countries spend on them. Let’s now take a look at how the pharmaceutical industry is regulated in this regard.

The incentive to restrain spending on drugs

If this article was about the United States, it would take a much different tone. This is because the burden of healthcare tends to be on the individual, rather than the government. The opposite is true in Sweden, Germany, France and the United Kingdom – where the government ultimately picks up the tab.

It means that there is a huge incentive to restrain spending on these drugs. It’s understood that 21% of healthcare is consumed by pharmaceutical costs in Germany, which tells its own story on how this is impacting the government so emphatically.

What regulations exist to curb the spending on pharmaceutical products?

In the case of the four countries in question, there are currently three regulations that tend to be deployed in relation to the restraint of prices in this field. Let’s now take a look at these in-detail.

This is a very direct way of targeting the amount of spending that occurs in the industry. The government set the price for a product, and the manufacturer of the drug is not allowed to surpass this price.

The initial price is set following negotiations with the government and drug manufacturer. Once a price is set, any increase is subject to government approval. The price of treatment will largely depend on how much alternative treatments cost, how much therapeutic value a drug provides and just how much sales of the drug bring to the economy as a whole.

This tactic involves the drug manufacturer setting a reference price for a product, as well as a launch price. The idea is that the end-consumer pays the difference between the two figures. Again, there is a fine-line to be had here, as manufacturers have to be careful not to price themselves out of the market and ultimately not charge prices that consumers are not willing to pay.

The reference price has various means of being calculated. Turning to Germany, for example, this is based on the average price of similar drugs. If we look at the Swedish market, this is instead 10% higher than the cheapest equivalent.

An approach that is used in the United Kingdom focusses upon profit controls and is more indirect. This time, manufacturers are able to set their launch price at any level they wish. The big caveat is that their profits are not able to surpass a target that has been negotiated.

While this method impacts the starting price of a product, a drug’s manufacturer must still seek approval from the government if they intend to raise their prices.

How has pricing regulation impacted the four countries in question?

Now that we have determined which each of the pricing regulations are, let’s take a look at the impact they have had on the four countries that are being reviewed through this article.

From the period of 1985 to 1991, drug prices in France and Sweden had much lower average increases than other nations. It’s worth mentioning that both of these nations operated with very direct price controls. The UK meanwhile, which focusses on an indirect model, saw the highest rates of increases (approximately 0.5% higher than inflation).

Experts believe that the pricing restraints do keep drug spending low, but success for the four countries in question has still been quite low.

Why has pharmaceutical spending continued to increase?

As we have just highlighted, regardless of the method used to control spending on drugs, countries are still struggling to stop the spend levels rising. There can be a couple of reasons behind this, which we will now analyze.

Even though mechanisms are in place which attempt to control the price of drugs in France, especially steroids, weight loss supplements and fitness products in general, mainly over the counter and non controlled supplements made in France. newer ones that hit the market can still do so with high starting prices. This has been found to be one of the biggest problems in the UK – which is mainly because drugs manufacturers operate under a profit restraint system.

As well as the above, the systems adopted in most countries do not provide any sort of incentive for countries to choose less expensive products. The exception obviously comes in Germany and Sweden, where customers pay the price difference between the reference and launch price.

This is perhaps one of the more obvious reasons; drugs are being used a lot more now. It’s worth mentioning that the utilization of drugs has risen much more quickly than the price of drugs itself.

There are a number of reasons why this might be occurring. If a population is growing, it stands to reason that the nation is going to require more drugs. At the same time, if a population is getting older, the elderly tend to require more drugs, more frequently. Out of the four countries that have been looked at through this guide, all have experienced an increase in the number of people who live there who are over 75-years-old.

How are countries attempting to control spending on drugs in the future?

As the article has so-far discussed, it is clear that there is a problem in relation to the spiraling cost of drug prices across the four countries. This has result in a number of other options being mooted:

Generally, most of the onus of the cost of drugs is with governments. Many believe that shifting this responsibility to both physicians and consumers is likely to lower the cost of drugs. It might also mean that the pharmaceutical sector reacts; as consumers start to consider less-expensive products and subsequently make the market much more competitive.

Another possibility is to reduce the payments to manufacturers.

Some will opt for across-the-board price cuts. This was adopted by France in 1991, who decided to cut all pharmaceutical products by 2.5%.

Another method is to simply limit budgets, and request that the pharmaceutical manufacturers are the ones who police this. In other words, if any overspend occurs, they are the ones that pick up the final bill.

Elsewhere, some countries might consider limiting the types of drugs that can be reimbursed. This might be because their therapeutic value is low, or their prices are simply too high in accordance with the results. This is something that France carried out in 1994.

By increasing the amount that consumers have to contribute to the cost of drugs, people suddenly become much more conscious about prescriptions, whilst it goes without saying that financially the government is going to directly save money.

However, there are ways and means of implementing this. For example, some countries will eliminate some copayment methods for certain groups of people. There is also the consideration about the choice of products. If a copayment is the same for two drugs, of different prices, it goes without saying that there is no motivation to choose the cheaper product.