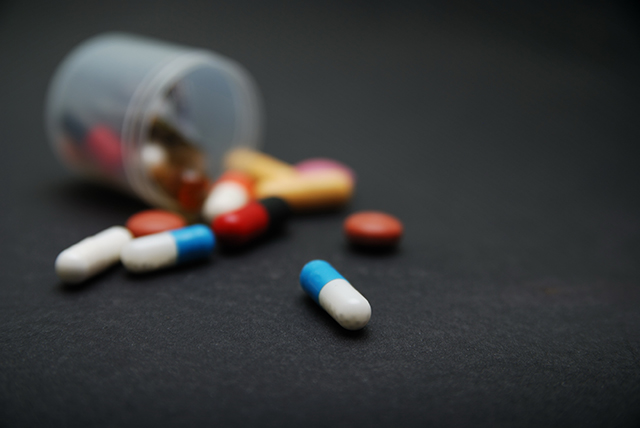 If one were to wind back the clock several years, one thing would have been plain to see in the male supplement industry. The vast majority on the shelves would have been related to sex, and targeting a niche market to say the least.

Now, times have changed. A recent report for the Council for Responsible Nutrition said that 44% of people taking supplements do so for their overall health. 30% did so for energy boosts, while 28% did for immunity and cardiovascular health. In other words, sexual reasons weren’t in the top three reasons.

Ultimately, it means the largest category now is “general health”. Men are looking for wider benefits, which is one of the reasons why multivitamins are so the rage right now.

An increased emphasis on cardiovascular health

As we have just alluded to, the report suggested that a large number of people are now turning to supplements purely for the cardiovascular benefits. This is something which seemingly impacts the Baby Boomer era more than anyone else; with research suggesting that the hormonal makeup of this demographic is one of the key reasons why.

It means that men are desperate to try and reduce their risk of heart disease. However, something which is interesting is that they’re not necessarily looking for a “magic bullet”; a supplement that immediately reduces the risks for them. Instead, most appreciate that changes in lifestyle are needed for this. This is the reason why nutrient-dense foods, which form part of the male supplements category, are becoming so common. One example is FutureCeutricals’ Nutrim, which can be described as an oat beta-glucan ingredient which is designed to reduce cholesterol levels. The fact that scientific studies have shown that this is more effective than wheat bread again highlights which direction the world is heading in.

Something else that is playing on a lot of men’s minds, and ultimately fuelling the supplements industry, is mental health. In fact, studies from Mintel have shown that this is proving to be one of the biggest worries for men.

While there’s most definitely an awareness that mental health is a big concern in modern-day life, it’s thought that a lot of men don’t quite know how much stress can affect their overall health. In other words, they don’t understand how it can make you put on more weight, cause cardiovascular problems or even prevent you sleeping enough.

This is where a lot of supplement manufacturers are again coming into the picture. For example, Lactium, developed by Parmachem, makes use of a bioactive peptide which aims to cause natural relaxation to anyone who consumes it. Again, the science behind it is very promising as well, with official studies showing that products featuring Lactium are able to reduce the symptoms of burnout. Not only that, but a separate study showed that it boosted the quality of sleep of men who tend to struggle in this area.

Mental health is one of those areas which isn’t exclusive to “general life” though. In other words, professional athletes can benefit from these natural supplements.

For example, FutureCeuticals have developed a product that goes by the name of NeuroFactor. This is, in essence, an extract of the whole coffee cherry. This is significant in itself, as it has been found to boost levels of BDNF in humans. This is something that declines while we age, yet is responsible for key cognitive functions.

When we talk about the link with professional athletes, it comes through the fact that many are turning to it to gain a mental advantage during competition. This is where the area of sports nutrition has really opened itself up. As products like this are still regarded as natural, athletes currently feel comfortable taking them as they aren’t illegally banned by the vast majority of authorities.

The search for bigger muscles and added energy

This is a field which has always existed and if one were to analyse the industry over the years, the protein supplements one has continued to soar in popularity. Other products are becoming popular as well, usch as legal steroids (https://uselegalsteroids.com/), bcaa supplements, nitric oxide and more … This is something which no longer just appeals to elite athletes, but even the Average Joe who might train just two or three times per week. The idea is that protein can supercharge results in relation to building and repairing muscle.

However, the surge in popularity for these products has created smaller segments. For example, some people have great difficulty in breaking protein molecules down, and this prompts various digestive problems. The result? The industry has started to manufacture products that aid protein hydrolysis.

In terms of added energy, this is a field which is exploding as well. For example, Bioenergy Ribose has hit the market with the premise of being suited specifically for men, for its ability to provide energy at cellular level. In non-scientific terms, this is a product which isn’t a stimulant – like a lot of historic energy supplements. Instead, it’s something that will provide energy through the course of the day. It replenishes stores of ATP, meaning that it’s able to minimise fatigue and a general reduction in energy.

Another interesting development in energy boosters has come in the form of Coffeeberry Energy, by FutureCeutical. In its simplest terms, this is a caffeine product from organic sources. It is derived from a fruit, meaning that it provides natural caffeine boosts as well as the benefits of the chlorogenic acids from the fruit.

There will always be a market for weight management

Something that won’t come as a surprise to anyone is the fact that weight management supplements are still big on the scene. However, like most of the issues that we have mulled over, the big difference is that product manufacturers are becoming smarter.

For example, Phase 2 Carb Controller was brought to the market by Pharmachem. This aimed to combat a common modern-day problem, related to the absorption of excess carbohydrates. Like pretty much everything that has been covered, umpteen clinical trials have backed this one up. One of these actually showed that candidates lost 7 pounds more than a placebo group over a 12 week period.

Let’s conclude with something else that won’t raise many eyebrows. Another area of the market that certainly isn’t going to go away are products focussing on reproductive health. These products might hone in on erectile dysfunction, or even general urinary tract health. Regardless, it’s clear that men are still big advocates of these products.

Yet again, manufacturers have become smarter though. New ingredients have been discovered, and one only has to look at the effects of Naturex to see this in its full glory. This is a completely natural supplement, which makes use of Macador. It has been found to increase libido and all studies surrounding it have shown that it is completely safe to use.

It won’t just be natural ingredients that form the future though. Manufacturers are also looking at different delivery methods, to spice up the industry (sometimes literally). For example, the DietSpice product contains the carbohydrate inhibitor we mentioned, but along with herbs and spices. Considering how the numbers for the supplements industry are soaring now, such developments don’t come as a surprise in the slightest.