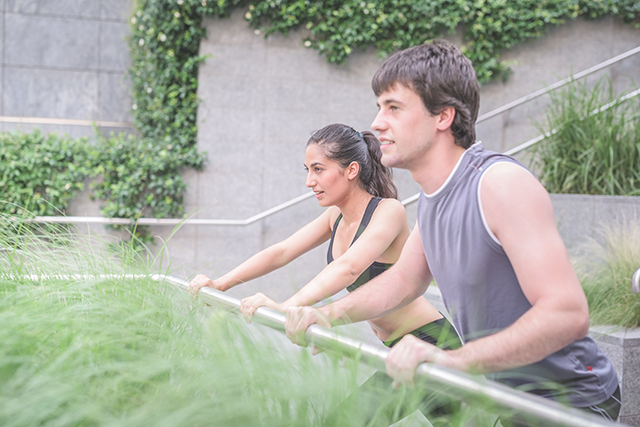 Erectile dysfunction, premature ejaculation and hair loss. These are three conditions that are regarded as some of the most embarrassing around for men; with many opting to leave them untreated as they plain and simply don’t know which way to turn.

If we are to hone in on some statistics, there might be a few raised eyebrows as well. It’s understood that those men who go bald can start in their early 20s, while erectile dysfunction is a condition which affects over half of men in the country. In relation to the final ailment, premature ejaculation, this affects around a third of all men. In short, these are not minor problems in the slightest.

Fortunately, solutions are on the horizon. Various law changes and patent expiries mean that men are finally starting to have access to some new, and ultimately discreet, methods of treatment.

One of the biggest law changes relates to telemedicine. The majority of U.S. states are now allowing companies to receive reimbursement for healthcare that has been administered over the phone or internet. In other words, there’s no longer pressure for people to physically visit an establishment. The knock-on effect of this is significant; up until recently insurers would not pay for these services. This was because there were a lot of clouded lines in relation to what constituted a telehealth visit, and whether or not doctors should submit their claims for every phone call that came to them.

The upshot of this is that more service are available which can treat conditions with a telehealth visit. Insurers have taken on the opposite viewpoint of what they have historically held. Now, they appreciate the power of telehealth – particularly when it benefits those patients who are situated rurally without easy access to healthcare.

In terms of the numbers, Connecticut and Massachusetts are the only two states which have not made changes to the way they handle telehealth care.

The other major change relates to patents. Many patents are now expiring and the immediate result here is that drug prices fall. They tend to fall by about 60%, so the difference to the patient is considerable to say the least. Upon expiry, other manufacturers can enter the picture and sell generic versions of the drug and keep costs down. Pfizer, who manufacture Viagra, have taken on a proactive approach and already allowed another company to develop a generic Viagra drug ahead of its patent expiring in a couple of years.

Both of these factors are impacting the start-up world substantially. One of the big movers is Roman, which takes advantage of the new telehealth laws and will send sexual treatments like Viagra and Cialis to customers following an online consultation with a qualified doctor.

Of course, they are not alone. Lemenoaid Health are another new player, and they also act as an online prescription service that fulfils orders without the patient leaving their home.

In terms of the hair loss industry, Hims is the big talking point right now. They are making prescription medication for hair loss easier than ever before to acquire. For example, thanks to an expired patent, they can now sell a $40 kit that includes the pill finasteride. For years, there was something of a monopoly around this, for the simple reason that the patent was owned by just one company.

It doesn’t just stop there, either. For example, the same package contains minoxidil, which was again one of those medications that was sold by just company (this time Rogaine). Considering the fact that this medication is scientifically proven to prevent hair loss, and make nails stronger, now this is no longer patented is a huge plus for anyone suffering from the condition.

So, how do the numbers stack up? Well, in terms of Hims, this has just raised $7m from the likes of Thrive Capital, SV Angel and Harry’s.

Such figures shouldn’t come as a surprise when you start to read into the long-term philosophy of Hims. They aren’t marketing themselves as a one-stop shop for men looking to cure their ailment. Instead, they regard themselves as a wellness brand, where men will keep coming back for products. As we have already identified, a lot of these problems start from a very young age. Unfortunately, a lot more problems also start to seep into the picture as you start to get older. Companies like Hims are almost looking to take advantage of this; sticking with the patient through the course of their life as more and more embarrassing ailments start to affect them. It might be a candid way of describing it, but unfortunately the medical facts suggest that it’s true.

The idea is to inject convenience and avoid any embarrassment for the patient. This is something that has been commonplace for years, so the fact that companies are now navigating this issue is ground-breaking to say the least. Hopefully, it should spell an end to the unscrupulous companies that sell drugs for these ailments over the internet, without any real form of checks.