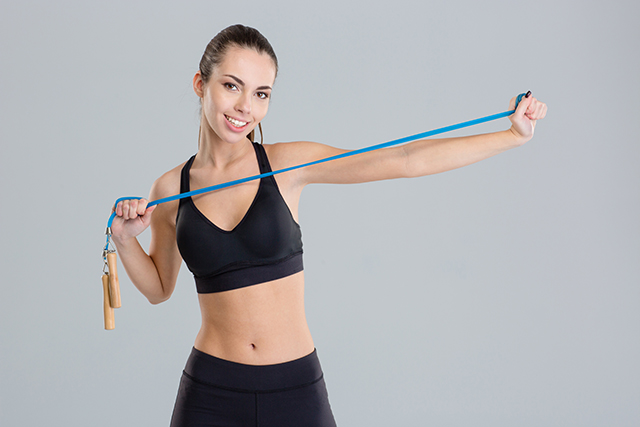 It might not be regulated by the FDA, but this isn’t something that deters the typical consumer of dietary supplements. On the contrary, this is an industry which is booming to say the least and to coin some figures, it’s understood that over $12 billion is spent each and every year.

The lack of FDA regulation opens up a whole host of marketing doors for companies operating in this space. A dietary supplement, by FDA definition, is something which includes specific ingredients like vitamins, minerals, herbs, enzymes and amino acids. They can arrive in multiple forms, with capsules, tablets and powders tending to be some of the most common. As they don’t have to have that elusive seal of FDA approval, it immediately means that they don’t have to have clinical research or any of the other federal requirements that a lot of other health aides have. Ultimately, a company can release a dietary supplement to market in record speeds.

Something which has become apparent in this industry over recent times is the shift towards subscriptions and personalization. With the world becoming more health conscious than ever before, companies are appreciating this and releasing products accordingly. The end result is an immense focus on user experience.

What financial trends is the dietary supplements market seeing?

If we hone in on start-ups in this field, there were 39 deals worth $182 million in 2017 related to equity funding. It was expected that by the end of the year, funding would reach $241 million and subsequently, be significantly higher than the previous year.

While there are more deals circulating the industry, they haven’t been quite as large as what has been experienced in other years. For example, back in 2014, Capstone Financial Group invested $187 million into Twinlab Consolidated Corporation. Flex Pharma also benefited immensely that year, raising around $40 million from a handful of different investors.

When this is compared to 2017, the numbers are lower. The highest deal of this year totaled just $40m, involving Calysta which are a nutrient manufacturer. Elsewhere, there were $35 million deals to be had for both Before Brands and OmniActive.

In order to be classified in this industry, companies have to fall into a number of categories. Let’s now take a look at some of these categories to show what really forms the dietary supplements industry.

General health: The name of this category should describe everything accordingly. Any company classed as a general health supplier will sell supplements like multi-vitamins that are just designed to boost your general health, and nothing specific.

Energy/Fitness: Again, the name of such companies will be a sufficient description. This time, it’s all about companies producing products which will boost your energy. Many of these products also help you lose weight, with the majority including ingredients such as caffeine and taurine.

Beauty: These companies will target consumers looking to boost the health of their skin and hair (with hair loss being one of the most common types).

Retail: This is something that seems to be decreasing in the industry. It is becoming less common for companies to sell their products in retail outlets like grocery stores and pharmacies. However, the category still exists, and also involves those products which might be ordered solely online from such establishments.

B2B: This time, it’s all about business-to-business selling. Hospitals are a common customer. Some companies will attempt to sell both to businesses and consumers.

Home Delivery: A company dealing in the home delivery field will sell their products directly to the consumer, without having a bricks-and-mortar store.

Personalized: As we have already alluded to, this is where one of the big shifts in dietary supplements has occurred. Personalized products involve the consumer having a say in the product they receive. This can be through the quantity, or potentially how the ingredients are administered them (for example, by liquid or capsule).

Subscription: This is another area in which the supplements industry has developed. Generally offered on a monthly basis, companies will package together products that are timely shipped for a monthly retainer fee.

Women only: Unsurprisingly, there are few companies that operate in this space as it means that their target market shrinks substantially. In fact, there is only Ritual, which operates on a subscription basis, who only target women.

Microbiome: These products surround microbiome health. To coin an example, if we turn to Ixcela, they will provide a blood test to customers before providing them with personalized supplements.

What are the key takeaways from the dietary supplements industry?

Unsurprisingly, a quick look at the numbers involved in this industry opens up all sorts of questions. As a result, let’s take a look at the key takeaways from recent financial reports.

If we turn to the most well-funded company in the industry, this mantle is handed to Joint Juice who have raised almost $124 million from investors. Their product is a glucosamine supplement, arriving in liquid form, which is available in either blueberry acai or cranberry-pomegranate. It costs $1.69 to buy one of their products.

If we look at the wider financial picture, and hone in the top 20 companies when it comes to VC-funding, nine of the companies who fall into this list operate on a subscription basis. Joint Juice fall into this category, along with the likes of Ixcela and Ritual. The popularity of this approach is not surprising and means that companies have access to direct customer relationships and there is more predictability in the way in which they operate.

Something else that has been mentioned several times is the effect of personalization. This is something that Ixcela are also taking advantage of, with their microbiome test kits being exceptionally popular with consumers. They certainly aren’t the only organization succeeding with this approach though, with Multiply Labs operating under a really unique model by taking advantage of 3D printers. They are looking to print 3D capsules which will time the release of nutrients to the consumer’s body, depending on their body.